Troubleshooting features is a special set of features that helps to solve the most common problems which can appear after obfuscation. This set of features can be accessed by expanding Eazfuscator.NET Assistant window as shown below: 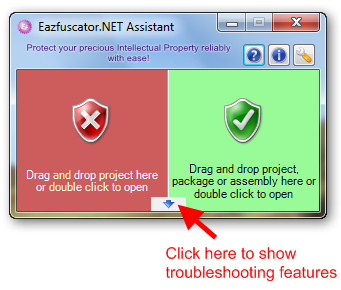 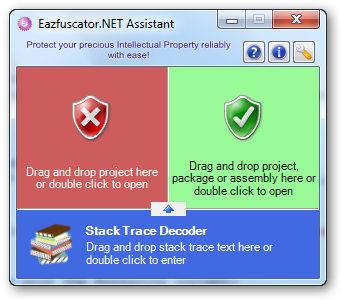 This zone supports text and text file drag and drop. Also it's possible to double-click the zone.

Stack trace decoder window appears whenever corresponding zone gets drag and dropped with text or text file or double-clicked. This window has the following look: 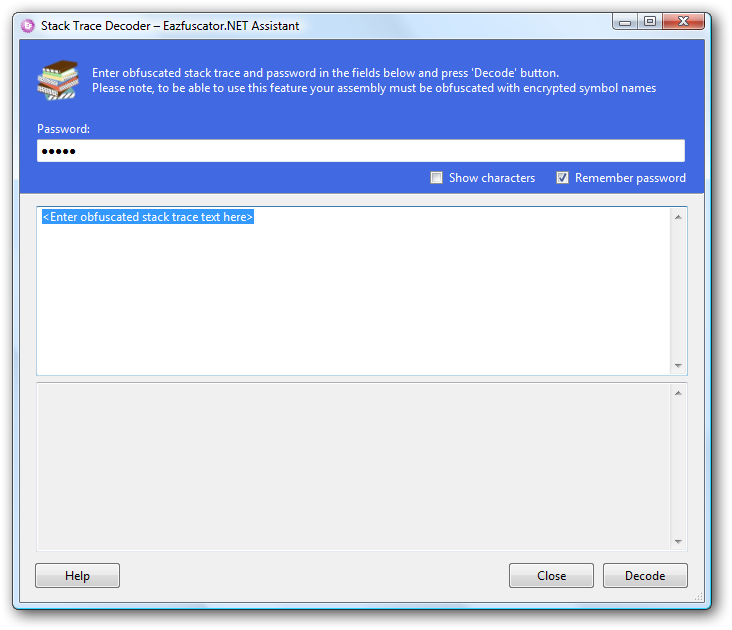 As you can see it's possible to enter password and obfuscated text in the window above. When you enter text with encoded symbol names and corresponding password then you can easily decode it by pressing Decode button.

Please note that you can use drag and drop operations to deliver encoded text from different sources such as text files, fields and editors.